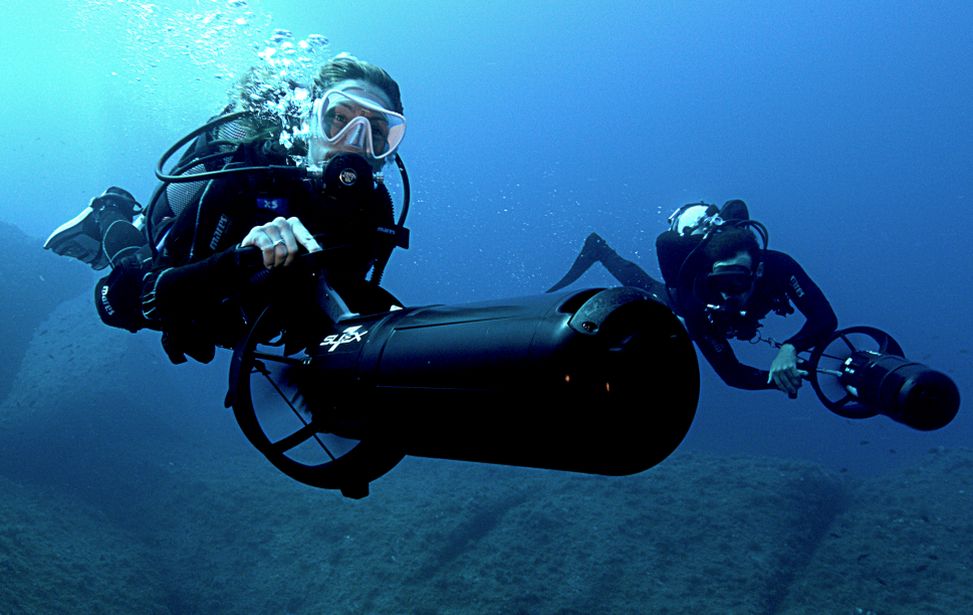 DPV Diving - What's it all about?

We've been lucky at Tech Asia. Right from the beginning we've had forward thinking divers who saw DPV's as not just a tool for the Florida Cave pioneers, but as something that could be applied in the ocean with great purpose and massive amounts of technical diving fun!

This was at the time when the more or less home built Gavin scooters were the only game in town, based off the back end of a commercially available Mako recreational scooter, and beefed up using parts from Radio Shack and the local hardware store. They worked and they worked well, any depth, any payload, they would get you around. To order, you had to contact George Irvine III in the States, and if he liked you and was happy with your diving he would make you one... 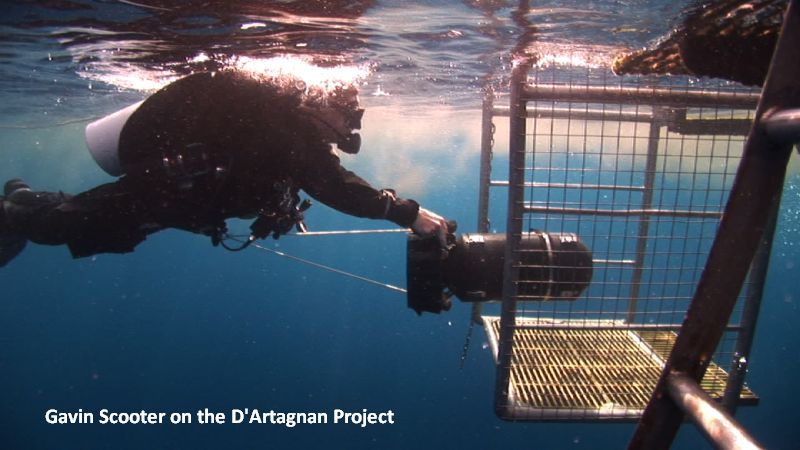 Nowadays most people have transitioned to the beautifully engineered and far more sophisticated Suex DPV's, but in the end what you do with them is the same. In tech diving there comes a point where a DPV becomes an essential. It might be because you are diving deeper then you used to and the collection of tanks you have to take with you becomes nearly impossible to swim vary far with. And what's the point of going all the way to 100m if you can't move around when you get there? Maybe it's a wreck dive, for the same kind of reasons, if your shipwreck is 200m long, like the HMS Hermes for example, it's an awful lot of finning to get around the thing. And caves, which even in the Philippines can extend thousands of meters. Then of course what always happens is once you've had a DPV in your hands on a dive where it's a necessity, you get so hooked that you take it on every other dive you do anyway!

Really for us they are perfect for making unachievable swim dives into straight forward reality. It isn't even really a matter of finding out how far you can go, it's doing something with a dive site when the current conditions are a adverse. Take Secret Reef, which is out in the main channel at 60m, and can have very high flow, which is of course the reason why it's so alive. Using a DPV there will always let you position yourself right where you want to be instead of hiding behind a rock with nowhere to go until it's time to ascend. People spend a lot of money for these dives, it only makes sense to do whatever you can to get the best out of it.

A number of our favourite sites are also just that little bit too far offshore to swim back to shallow reef for your ascent. That problem goes away too now with a scooter and you give yourself two dives in one. Even on a shallow dive, if you come across a big group of other people spoiling the show, you can just drive off somewhere else for ten minutes and come back later when they are gone! 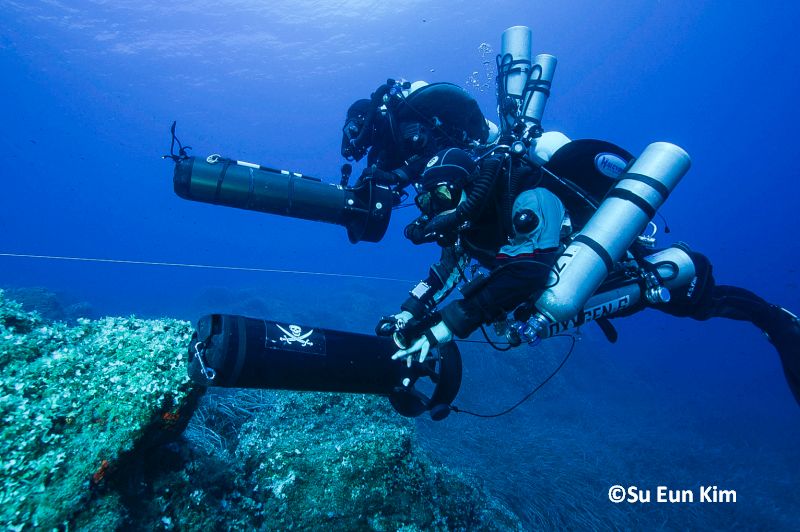 Training for this can go from a simple half day orientation to a full certification to use a DPV at the technical levels to which you are qualified. It depends on your aims. There's plenty to think about and practice for. How to communicate, navigate, avoid silting or damaging the reef. What to do if it floods when it's attached to you, or the motor sticks on. How to share gas while towing or ascending with somebody whose scooter isn't working, dealing with it during decompression, all sorts of valuable things to practice. And for the video divers these make tremendously stable camera platforms so it's worth exploring that under supervision too.

Next time you are with us, have a chat to us about it and we'll show you the rental fleet. It might just change your diving forever...!