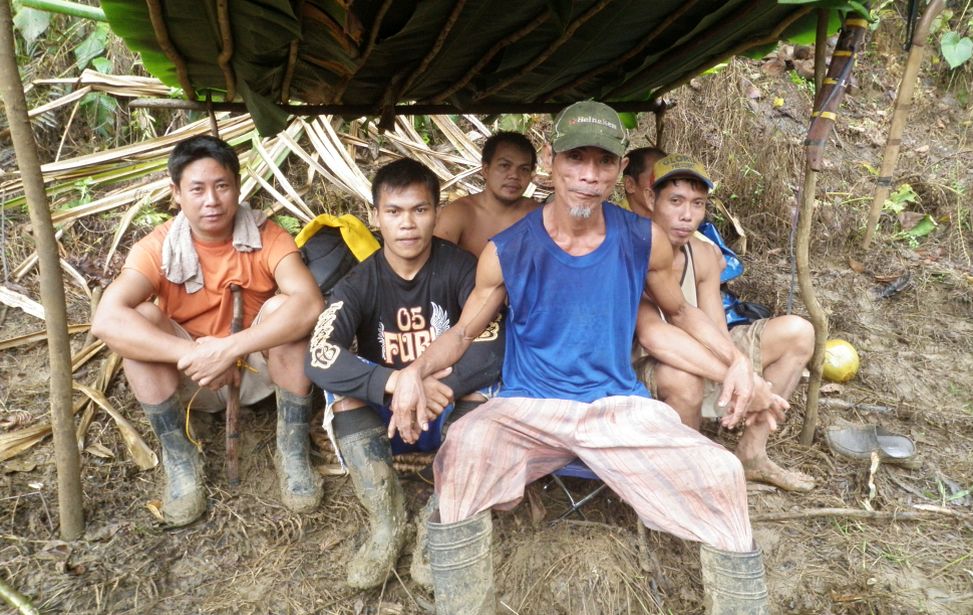 More than a touch of the Déjà vu’s hung over the planning of our January 2011 return to Samar. Weather in the area was reported as poor, but that had been the case twelve months prior, and we had managed some successes then, so decided to chance things again. Influencing the decision was a new resort in the town of Taft, relatively close to our caves compared to Catbalogan City where we stayed in the past, and we wanted to evaluate the place's potential to host larger projects in future.

As it turned out, not to put too fine a point on it, we made an unwise decision. News of the impact of an extreme wet season on Samar hadn’t really reached the rest of the country and we found the area around Bito and Nestor’s caves, our main targets, more or less under a state of calamity. The area had suffered large scale destruction of farmland and was a complete mud bath. We had become friends with the people of the area the previous year so we decided the right thing to do first was mount our own mini relief operation. With the help of our local guide and the village chief we bought and distributed sacks of rice, dry goods, and school supplies to the families worst hit. 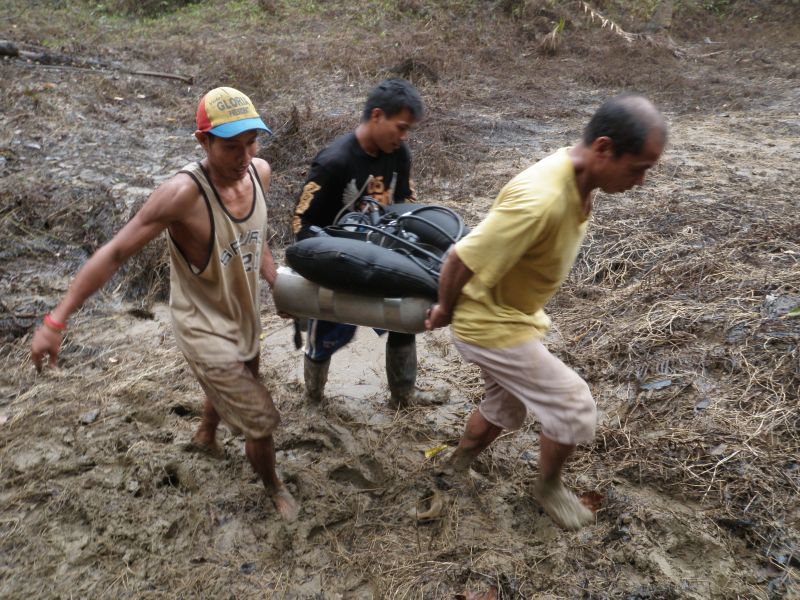 So far as diving, Bito was out of the question due to massive outflow from the spring. Crossing the quagmire that now formed the valley around Nestor’s though, showed it not in the best of condition, but just about good enough to justify an attempt. The surface showed no flow because it is an offset sink but a few meters down in the mucky water Steve Cox and Ralph Joerger ran into a very significant water movement in the passage they knew from previous visits. Progress was possible but not very practical and they turned the dive after only a few meters. Things became eventful as during the zero visibility exit Steve’s ears began to tell him he was descending, quite smartly, and enough to want to inflate his wing to stay in touch with Ralph and be able to get out of the sink. Sitting in the mud around the sink afterwards debriefing, the most plausible explanation for this was a downstream passage that had gone unnoticed the year before. Food for thought and something to half smile about and make up for the otherwise atrocious conditions. 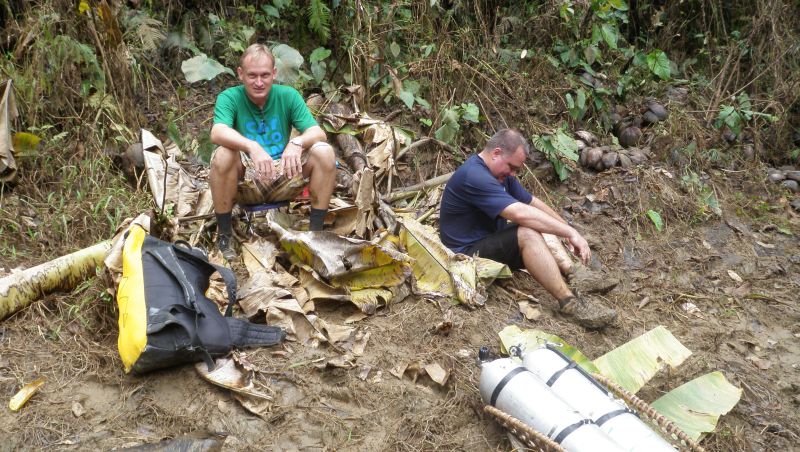 The rest of a very rainy week was spent fruitlessly driving up and down the rough roads of the east coast of Samar, in the company of our newly assigned, and indeed very capable guide, Zar Labtic, looking at springs he hoped would offer us something. The unfortunate end result was that none of them had diveable cave, but we started to learn about the topography of the eastern side of Samar. And of course, having been wiped out twice by it now, the weather pattern on the Pacific Coast in January  Each night our wet and dirty group would return to the new basecamp in Taft which was struggling in the face of adversity to even feed us. Such was the weather that the fishermen hadn’t put to sea for weeks and the crop destruction meant a nearly empty market. No ingredients, no dinner. 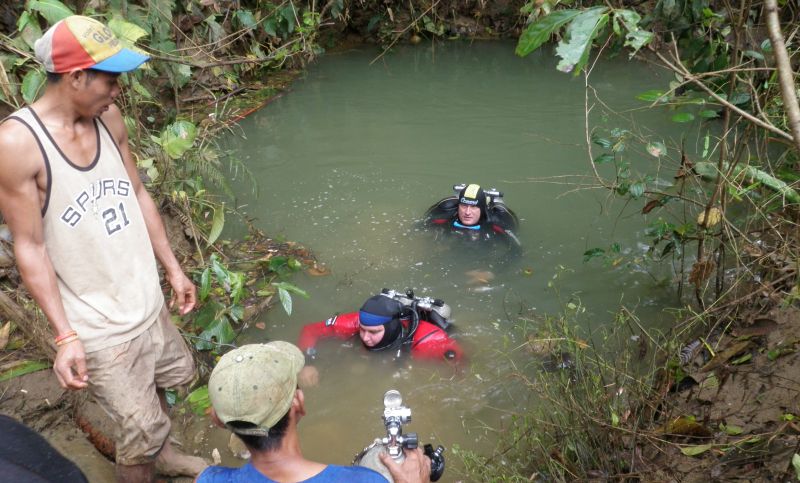 If there was a highlight to the trip it was a look at a special spring in Borongan City. This had been concreted into a pond in the town square and diving sadly was also out, but the legend told here was that any visitor that entered the water couldn’t leave without a Borongan wife. Checking the spring out carefully, Ralph somehow managed to slip on the steps and fall in. He was extracted, bundled into the 4 x 4 and driven straight out of town, reasoning being that any new wives acquired on cave trips might not sit well with the wife he had at home....

For one reason and another we didn’t get back to the area for over a year – until May 2012. This time, with Ralph busy, we’d invited Gideon Liew to join us and buddy Steve for what we hoped would be a trip to make up for last year's debacle. We chose Catbalogan to stay in this time, our helium was stored there and there was a pretty good gauarntee of food. It was a memorable trip in more ways than one, the story of this will follow.